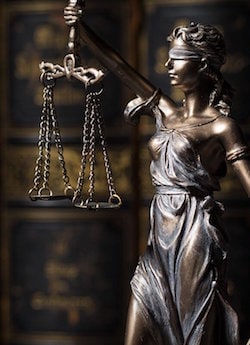 Being accused of a drug crime is very serious, especially here in Chicago. Arrests for drug crimes are increasing every year, and the legal system makes sure those found guilty are prosecuted to the heaviest extent of the law. Contrary to popular belief, even the smallest amounts can get you in big trouble — including facing a felony charge. You could be facing a drug charge if you:

After being arrested for a drug offense, you won't want to waste any time getting in touch with an attorney who knows how to fight for you. I have the insight and tactical skill set you want to take on your case aggressively. Call me today for a free consultation.

Accused of a Drug Crime?
Give Me a Call

Drugs are divided into five distinct schedules (or categories). Each schedule is determined by its acceptable medical use and potential for abuse or dependency.

Schedule I drugs are the worst drugs to be caught with. The law takes them most seriously because they have a very high risk of abuse and have no acceptable medical use. Some of these drugs include:

Schedule II drugs can have an acceptable medical use, but they still have a high potential for abuse. These drugs can include:

What type of consequence you face not only depends on the type of drug, but the schedule it's in, how much you had, and which class the offense falls under. Heroin, cocaine, and morphine — for example — are considered class 1 felonies. The penalties can vary from four to 50 years of incarceration plus a $200,000 fine. Class 4 felonies aren't as heavy (one to three years in prison and a $250,000 fine), and class C misdemeanors are even less severe (up to 30 days in prison and a $1,500 fine).

In my more than 40 years of experience in criminal defense, I've represented a countless number of clients who have found themselves in the same predicament as you. Regardless of the type of drug crime you've been accused of, I know that I can assist you. Rely on me to provide you with the skillful representation you need to move forward with your life.

When you work with me, you'll find me to be a highly experienced defense lawyer you can trust. I take my time to discover all the facts and to create a strategy that works for you. Allow me to assess the parameters of your case and use my quick thinking to effectively defend you. With my proactive thinking and straight shooting legal techniques, I have the skills to protect your freedom.

Contact Us
Criminal Defense
Client Reviews
★★★★★
Fred recently represented me in a recent serious traffic situation. He was always on top of things and was very thorough and knowledgeable of the law. I am happy he was there in the court room and had my back. A significant favorable outcome was the end result! Robert
★★★★★
Mr. Dry is a very knowledgeable, confident lawyer. He was always true to his word and constantly communicated updates throughout the case procedure. He's personable, punctual, and professional at all times. I would highly recommend Mr. Dry and would definitely use him again to represent me. Mike
★★★★★
Fred Dry did a very nice job in court for me. I don’t feel comfortable around most lawyers, but I was very comfortable around Fred. He is honest and knows his way around the court room. I was impressed with his services and would highly recommend him to anyone. Jimmy
View More
Submit a Law Firm Client Review